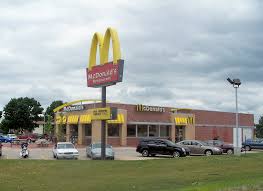 Company A solely defines all terms and conditions of employment for all of its associates.  It further solely determines the price of all of its products and determines its hours of operation.  Finally, it is solely responsible for complying with all laws in the jurisdiction in which it operates.

Company B has an agreement with Company A to provide most all marketing services as well as product to be sold by Company A in return for fixed fees, most of which are front-loaded at the beginning of the contract.

Which company is the employer of the associates of Company A?

HR pros would say Company A but the NLRB says it is Company B.  Huh?

The National Labor Relations Board Office of the General Counsel issued a seismic determination that McDonald’s could potentially be held liable for the actions of its franchisees under the “joint employer” theory. Accordingly, numerous unfair labor practice complaints based on alleged violations of the National Labor Relations Act (NLRA) may potentially proceed against both the franchisor and franchisee entities.

McDonald’s has over 3,000 franchisees globally; most of them operate ~14,000 locations in the U.S.  It has only a handful of company owned locations.

This decision effectively sets aside the previous joint employer standard that establishes joint employer liability when an employer exercises direct or indirect control over significant terms and conditions of employment of another entity’s employees.  The new standard looks at the “totality of the circumstances”, including how the joint employers structure their commercial dealings with each other.

Leaving the Golden Arches out of it, this a nuclear strike pointed at ALL franchise arrangements.  How many franchises will survive in small towns if the franchisors have to take them over?  Not many I’d bet.  There could be a day in the not-to-distant future where you may be saying bye- bye to Stanley Steemer, Roto-Rooter, Jiffy-Lube, Midas Muffler, Meineke, etc.  Small business owners are the supporters of everyday life, and the NLRB wants to disrupt them?  Thanks for nothing.

And it’s likely to get worse.  Now that the NLRB has rung the dinner bell the other agencies of the government are bound to come running.  Franchisors might as well start setting up dedicated parking spots at their headquarters for Department of Labor and Equal Employment Opportunity Commission investigators.

McDonald’s will obviously appeal the case to an ALJ with a hearing before the whole Board the most likely outcome.  Assuming they fail at that level it would move to federal courts and perhaps ultimately the Supreme Court.  Franchisors are in for a fight of existential proportions, and I expect them to act accordingly.